Do you ever have a good idea for something that would make life a little easier or better, but lament that you don’t have the knowhow to design the item and release it to a grateful nation? I do, all the time, so here – copyright free to do with as you please – are my top three. What’s more, they are all low-tech, I would go so far as to say steam-punk, solutions that will never need rebooting or recharging.

You know the problem: you go somewhere with everything for a week tightly packed into a cabin-size case and have no room to bring home anything you may want to buy on holiday (which, of course, prevents you from supporting the local economy). Enter the BBA coat. Imagine something along the lines of the Edwardian duster coat, with pockets of various sizes on the inside. You need a range of pockets to accommodate different items: a long tubular one for salamis or rolled-up posters (which is why a multi-pocket utility waistcoat wouldn’t cut it), padded ones for fragile objects, a slightly stiffened one for patisserie, and last but not least, a detachable carrier bag into which you can transfer the items once you’re safely on board. 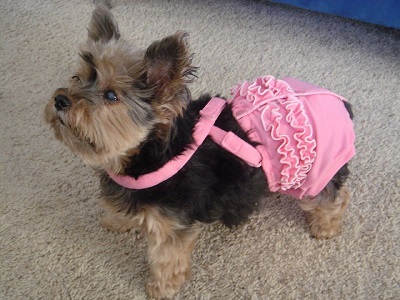 The London Borough of Lambeth has adopted a new approach to dog poo. Fanatical street champions pounce on turds (figuratively speaking, of course) and spray them with fluorescent pink paint. I’m still not quite sure what this stuff is meant to do. Is it to highlight pavement pitfalls to the unwary, or does it contain some solvent that despatches faeces faster than nature would do? But if dog nappies were mandatory none of this would be necessary and councils would save millions on street cleansing. It would soon sort the real dog lovers from those who have other reasons for owning dogs. I don’t imagine that those who flaunt weapon dogs would find their threat value much enhanced by puffy pooch Pampers, even when colour-coordinated to match their fur. And imagine the fun in the Dragon’s Den studio when a truly enterprising entrepreneur demonstrates this invention. 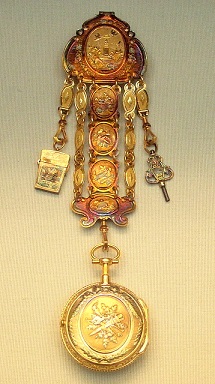 My phone regularly rings out before I can retrieve it from my bag, and my keys are usually at the bottom and tangled up with my headphones. It’s time to bring back the chatelaine: a device worn on a belt, with a number of chains to which to attach keys, a watch, scissors, etc., and widely popular in the 18th and 19th centuries. A modern chatelaine could have attachments to hold a phone, keys, money, season ticket, a packet of tissues – all those things you need to find in a hurry – and as it would end up being worn mostly under a jacket or coat, it would be more secure than a bag. The chatelaines of the 19th century were often objects of exquisite artisanship; wouldn’t reinterpreting them with new designs and materials be a brilliant challenge for today’s designers?

It’s hard being a visionary without the talent and drive to realise one’s dreams, but I suppose I could start small and try to knit myself a chatelaine (it’s bound to be more successful than a woolly dog nappy).