The National Portrait Gallery (NPG) is a particular favourite of Dame Louella, and it is to her that I owe the tip that sent me off to Trafalgar Square last week.

Rebel Women is a season of events at the NPG throughout 2018 to mark the centenary of some women getting the vote in Britain.  The season reflects on the suffrage movement but also focuses on pioneering women throughout history and on the contemporary relevance of the ongoing battle for equality.

The Rebel Women trail is one aspect of the NPG’s focus.  It features ten paintings or sculptures of women selected by a number of contemporary female writers and artists.

Some of the women featured in the trail are well known to all of us; others are a delightful discovery.  It kicks off with a splendid portrait of Queen Elizabeth I, who was a fearless leader in a world dominated by men, establishing authority and respect. I was enthralled to learn of the tenacity of Lady Anne Clifford (1590–1676), who gained fame by fighting a forty-year legal battle to inherit her father’s estates, which had been left to her brother. When she finally received her inheritance she became probably the wealthiest noblewoman in England.

From nobility to plain farmer’s daughter, the trail leads us to Flora Macdonald (1722-1790), who became a Scottish Jacobite heroine when she helped Bonnie Prince Charlie escape the Battle of Culloden by disguising him as her maidservant. Onwards and upwards, we are directed to Mary Wollstonecraft (1759-1797), about whom Bee Rowlatt, chair of the Mary on the Green campaign, asks ‘has there been another treasure-hunting single mum Enlightenment philosopher on the high seas?’

As I strolled happily around the gallery, Angelica Kaufmann (1741-1807) was next on the list. A founder member of the Royal Academy of Arts in 1768, as a woman she was excluded from the life drawing classes. She developed her own brand of history painting, which focused on classical female subjects.

And then we meet Mary Seacole (1805-1881), the British-Jamaican businesswoman and nurse who set up the ‘British Hotel’ behind the lines during the Crimean War. Hot on her heels is Millicent Garrett Fawcett (1847-1929), the passionate campaigner who became president of the National Union of Women’s Suffrage Societies and left an extraordinary legacy. 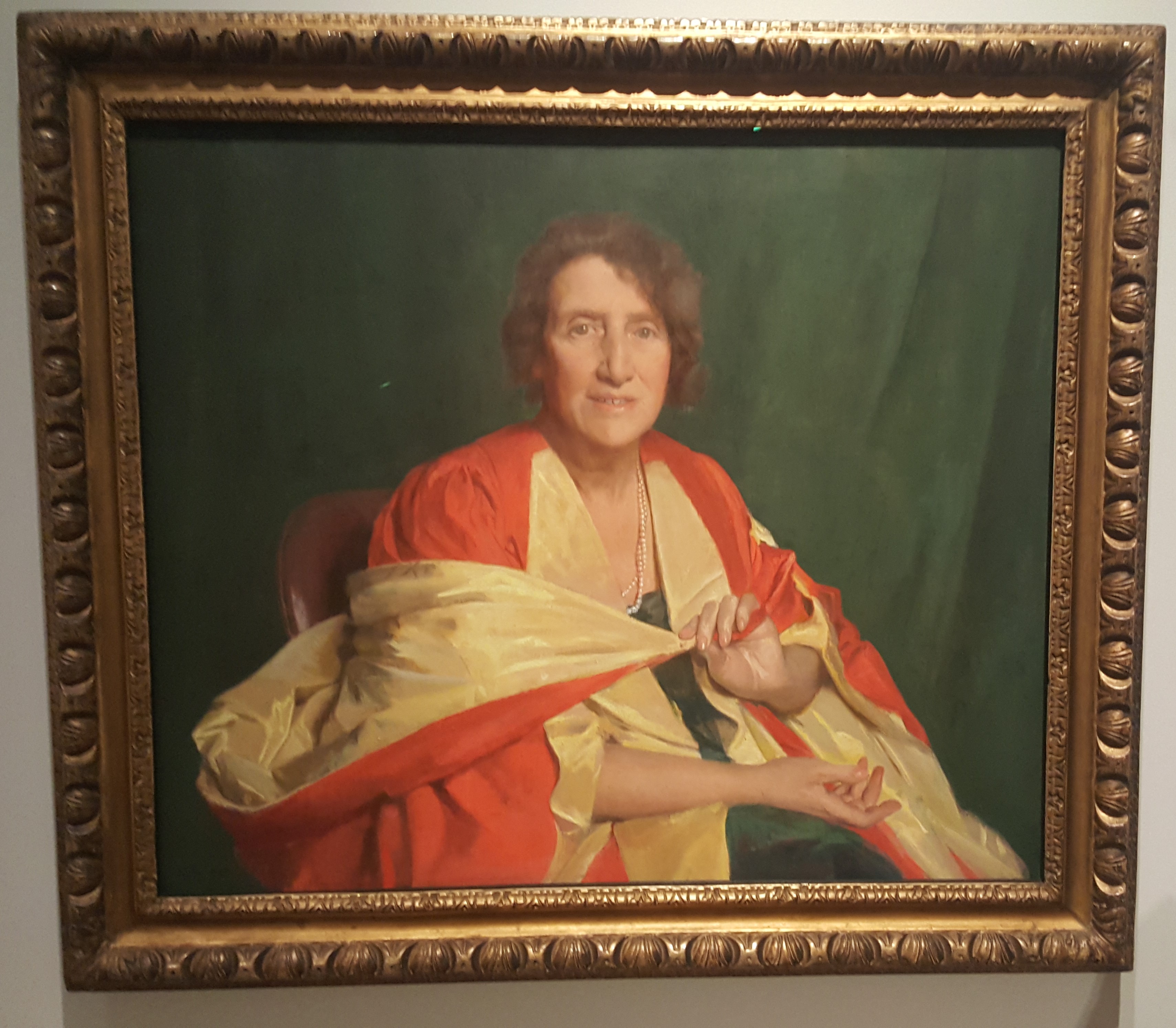 On the subject of legacies, I was delighted to find a portrait of Marie Stopes (1880-1958) included in the trail: she rebelled against the mores of her time to demand greater autonomy and more choices for women, including in their sexual and reproductive health. Her controversial sex manual Married Love was published in 1918, at a time when such matters were not deemed suitable for public discussion.

The trail includes a portrait of Josephine Butler (1828-1906) by George Frederic Watts. She campaigned to establish refuges for homeless women, housing many in her own home. In 1869 she became involved in the campaign to repeal the Contagious Diseases Acts, legislation that attempted to control the spread of venereal diseases through the forced medical examination of prostitutes, a process she described as surgical or steel rape. The Acts were repealed in 1886. 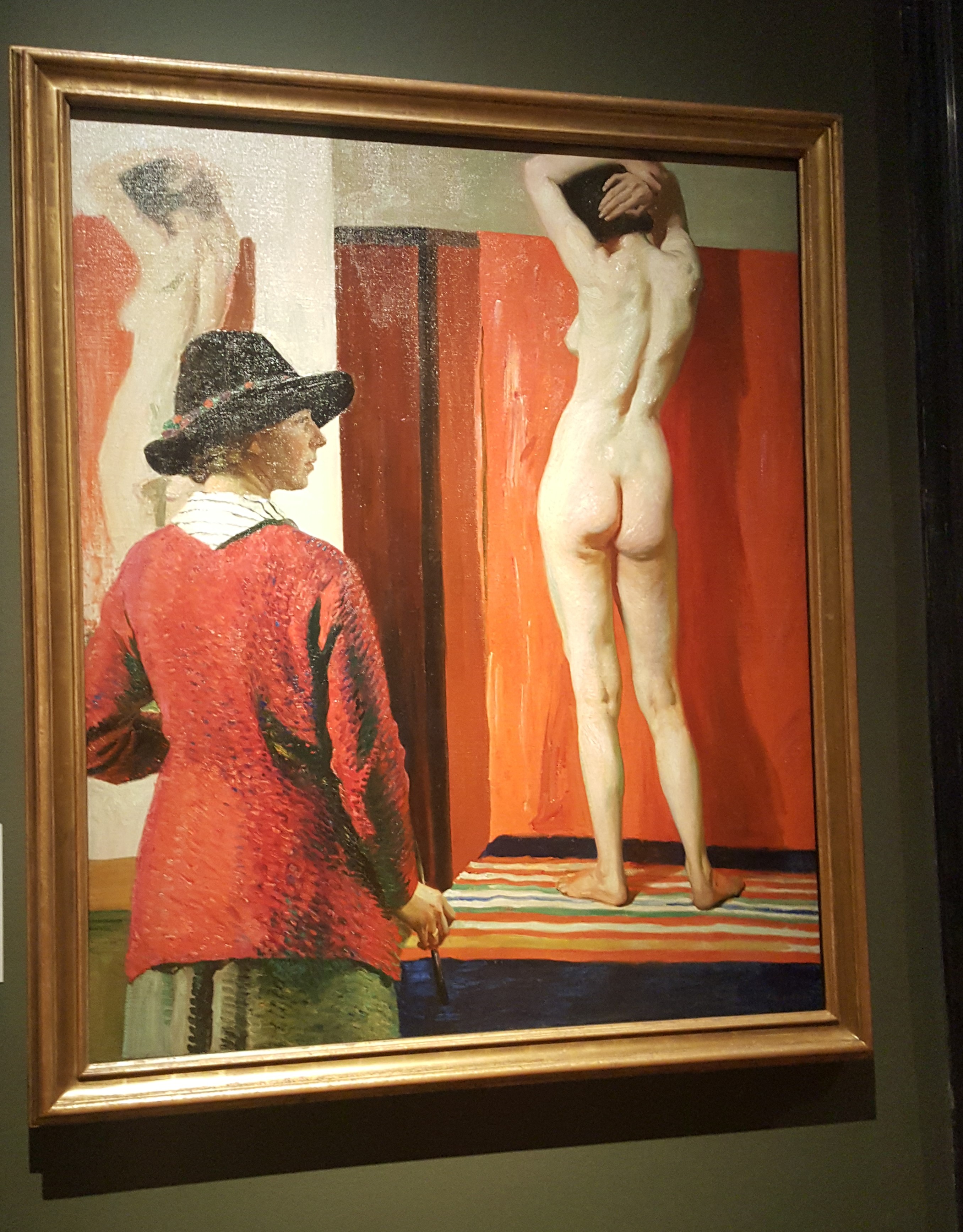 ‘Self portrait’ by Laura Knight/damesnet

And make sure you see the excellent ‘self-portrait’ by Laura Knight. Her 1965 retrospective at the Royal Academy of Arts was the first accorded to a woman. As a female art student she was denied access to nude models, so the painting with model Ella Louise Napier makes a strong statement about artistic freedom.

If you are anywhere near Trafalgar Square this year, do take the trail, and don’t forget that it is just one of the events on offer at the NPG – for details of other exhibitions on this theme check out https://www.npg.org.uk/eventssearch.php?search=Rebel%20Women&firstRun=true