Home » Blog » The Pantheon of Women

The Pantheon of Women 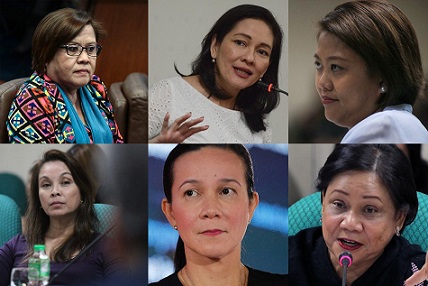 On damesnet’s shared drive on Dropbox there is a folder full of fabulous women – over 700 of them, in fact. I often find myself scrolling through these thumbnail portraits, which we have accrued over three years of daily @damesnet tweets, as well as our fortnightly newsletters and blogs. The faces that look back at me are an unfailing source of inspiration, not to mention pride, awe and laughter.

One of the most rewarding things about researching our daily tweets is uncovering the jaw-dropping achievements of women whose reputations do not go before them – instead they have been all but forgotten. Why is the name of Marjorie Warren (1897–1960), a pioneer of geriatric care, not up there with the name of Christiaan Barnard? Many more people are in need of sensitive care in old age than of heart transplants. 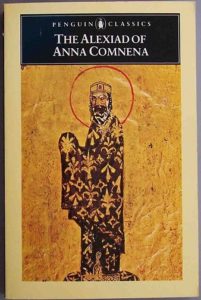 It has been chastening to learn of the energy and passion with which women of the past have pursued their ambitions – both those who needed to do so to survive, and those who turned their backs on what could have been a life of ease. Princess Anna Komnene (1083–1153), for example, seized the opportunity for education offered by her mother-in-law, becoming a renowned scholar in many fields. Yet she also displayed practical skills as well as intellectual ability, taking charge of a large hospital in Constantinople and developing an expertise in treating gout.

Literary women have perhaps fared better than most in leaving a legacy that we are aware of, but long before the big guns of the eighteenth and nineteenth centuries (Jane Austen, The Brontës, Mrs Gaskell, etc.) their fellow scribblers were already hard at it. Lady Murasaki (c. 973–c. 1014), who wrote the definitive novel of court life in Japan in the Heian period, displayed both a refreshing directness and sublime confidence in her own writing when she dismissed a less-than-satisfactory suitor with, ‘You have neither read my book nor won my love.’

I have to admit that damesnet has a bias in favour of the arts, but in our tweets we are also keen to highlight sportswomen. One of our most retweeted featured the amazing Queenie Newall, who at the age of 53, in 1908, won a gold medal for archery. Britain had to wait another 96 years for its next female archery gold medallist.

It is perhaps in the field of science that the amnesia about women’s achievements is most startling, given that the acknowledged process for scientific development is – in the words of Isaac Newton –‘standing on the shoulders of giants’.  (The story of Rosalind Franklin is an object lesson in how this can come about, though.) In astronomy, for example, Galileo, Keppler and Herschel spring to mind, but why not Maria Mitchell or the memorably named Annie Jump Cannon? 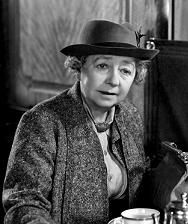 Whitty in The Lady Vanishes

‘Oh, Ethel, did you ever wish there was something else to marry besides men?’ laments a character created by Lucille Ball – a genuinely funny woman, but also the first woman to run a major television studio. Wit and comic talent are the leaven in my desktop ‘monstrous regiment’ of women. No matter what, a glimpse of Hilda Ogden in her headscarf makes me smile, and May Whitty’s portrait reminds me of her wry summation of her career: ‘I’ve got everything Betty Grable has – I’ve just had it longer.’

Finally I must stress that we don’t just dwell on people from the past. There are also formidable women leading some of our great institutions and companies, but they are just not household names like Mark Carney is. I give you Dame Janet Nelson, Professor of Medieval History at King’s College; Dame Tessa Blackstone, chair of the Bar Standards Association… I could go on.

So here’s to 2019, and many more days of remarkable women.