Some time ago I wrote a brief appreciation of three men whom I felt demonstrated a keen understanding of the female experience and a constructive approach to promoting it in the public sphere. Well, I was sure there were more than three out there, so here is my latest batch of good guy nominations. 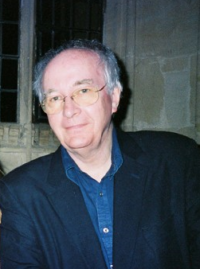 I don’t think Dame Barbara can have appreciated how much she would enrich the lives of nearly everyone in our family when she gave my youngest son a copy of Northern Lights one Christmas. After years of bedtime stories, it was the last book I read aloud to him, and I never finished doing so because, quite understandably, he just wanted to get his hands on it and devour it for himself. But by then, I was hooked, too, so we both raced through the first two books of His Dark Materials and then waited impatiently for The Amber Spyglass. Mr Verity caught the bug, and all three of us wept in turn as we reached the end of the trilogy.

Lyra could not be a better role model for girls: bold, resilient, passionate and compassionate. Pullman’s powerful critique of organised religion and the repression of sexuality is married with matchless writing and a daring imagination. The principle he develops in the books – that it is our stories and the truth of them that matter – is so compelling that, though it’s the last thing he’d want, I’d follow a cult based on this to the ends of the earth. As it is, I’ll settle for getting hold of La Belle Sauvage, the first volume of his new Book of Dust trilogy (a companion to his original trilogy) as soon as I can. 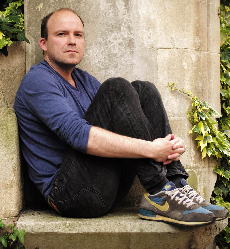 I have always admired Rory Kinnear as an actor – one whose apparent ordinariness is the key to his staggering versatility. His Olivier Award-winning Iago was a masterclass in sneering duplicity and cruelty, yet you never lost sight of the deep wound inflicted by Othello’s casual preferment of Cassio. Contrast this with his role in Count Arthur Strong, where he is not afraid to inhabit to the full the role of hapless fall guy to Steve Delaney’s preposterous fantasist in what is a gentle, frankly retro, sitcom.

But what confirmed his status as a good guy for me is his recent Q and A in the Guardian (it’s definitely worth reading the whole of it), in which he declared his admiration for his mother, for raising her family single-handedly after the early death of his father, and told the following anecdote about his most treasured possession: ‘On my first date with Pandora, we passed by some children holding a garage sale. I bought some kids’ Postman Pat wellies and I kept them, and both our kids wore them. You could say I was keen.’ A romantic – and not above buying second-hand wellies. Enough said. 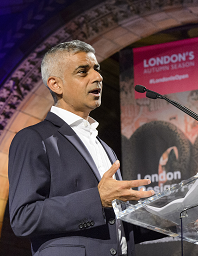 Last, but certainly not least, the mayor of London. Since surviving the onslaught of racist slurs against him in the mayoral election campaign of 2016, Sadiq Khan has repeatedly made the right call:
•  capped fares in the capital
•  scrapped the money-guzzling white elephant that the garden bridge would have been
•  introduced air audits round London primary schools . . .
•  . . . and banned body-shaming ads from public transport in London, saying ‘As the father of teenage girls, I am extremely concerned about this kind of advertising which can demean people, particularly women, and make them ashamed of their bodies.’

I had the good fortune to observe him at close quarters when I went round the David Hockney exhibition at Tate Britain. Khan and his solicitor wife Saadiya Ahmed were being shown round  by the curator of modern and contemporary British art. Khan’s attention never flagged during the long and detailed explanations (how many politicians just glaze over when confronted with Art?), and it was with the utmost graciousness that he drew the guided part of the tour to a close after about an hour, subsequently tweeting his thanks.