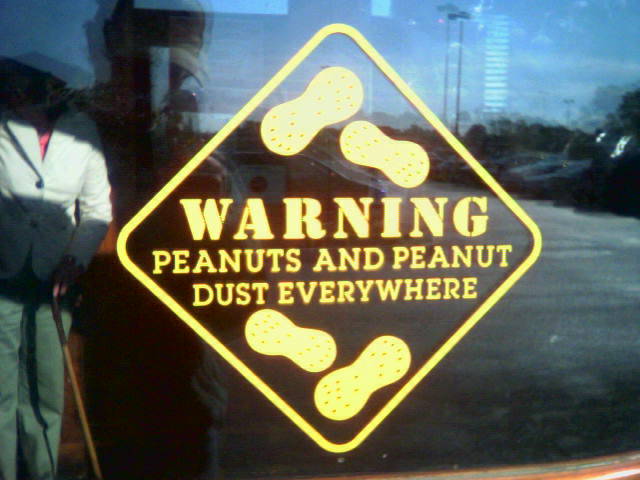 A recent cartoon in Private Eye summed it up: a couple are at a table in a restaurant and the waiter is standing by them accompanied by a young woman.  The caption reads ‘And this is Louisa who will be your diet and allergy consultant for the evening’..

Some time ago I wrote a blog about the ever-changing trends in cooking and food presentation and the effect it had when hosting people for supper: https://damesnet.com/?p=1795. What I did not include was the fact that this modern day dilemma has been further exacerbated by the apparently relentless increase in the number of people’s food intolerances, allergies or just plain dislikes.

When I was a kid, everyone just sat down at the table and ate what was put there. This applied just as much as home as when we were visiting our various sets of relatives and friends.  The word ‘allergy’ was not part of our vocabulary.  And please don’t ask about restaurants – we simply didn’t go to them.  I doubt whether Ealing had much in the way of restaurants, although there was a takeaway Chinese and a Wimpy Bar.

So where do you begin, if, as Dame Verity sometimes has to,  you have to provide a meal that caters for one with coeliac disease, one who needs his liquids thickened, a third who is vegetarian and a fourth who cannot tolerate onions or garlic? All she needs now is someone with a nut allergy to complete the picture.

And the fact is that for certain people around her table, if their dietary needs are not accommodated they may well end up in hospital – surely a fate worse than death nowadays.

Of course, there is a huge difference between dietary preference and medical requirements, but when I was a staunch vegetarian for many years there was no way I would ever have eaten meat, so there are no grounds for discrimination here. One of my friend’s sons and his partner are vegan, which makes for even more challenging family meals when her other three children are around.

And what do you do, if, unbeknownst to you, your previous intolerance to ingredient X seems to have passed?  This happened to me: for some time I had stopped drinking real coffee as I had had a number of experiences where I had drunk strong coffee late in the day and simply could not get to sleep, so I assumed that the coffee was the culprit. Cue the decaf, with which I was quite happy. Until one day last year, at a festival, when my thoughtful and loving partner returned from the coffee stall with my requested decaf flat white. Or so I thought, until the next day he mischievously informed me that it had actually been the real thing as they didn’t do decaf.  I now drink normal coffee with the best of them.

There are also plenty of theories purporting to explain why so many people nowadays have food intolerances, and most of them are linked with modern methods of food production. Enough said..

There is of course a silver lining to this cloud, and it’s called substitution. There are loads of ‘alternative’ foods which can be used to replace ingredients and achieve the same taste without risking anyone any harm. I will explore this further and report back. Dame Verity – an incomparable source of tips for this particular blog – informs me that apples make an excellent substitute for onions, and no-one notices. Onion crumble anyone?